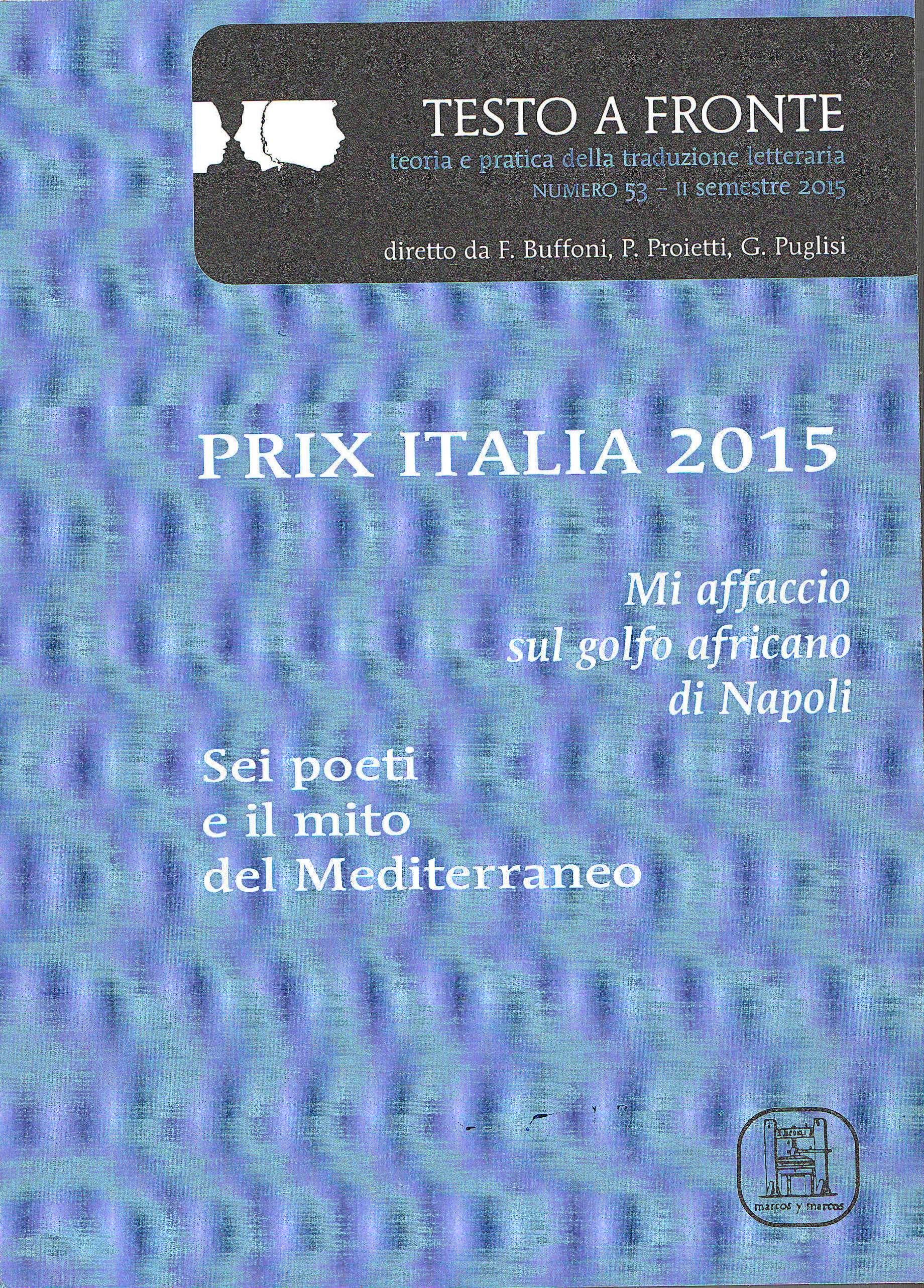 from INVOCATION FOR THE SEA-PERSEPHONE

The trunk at its maximum point of expansion
sings like a harmonium
the ducts contracting inside
to modulate the song of the species. Turning over
in the water to touch the ground and bob
back to the surface two or three times making
amphibian movements, taking on
the arctic, mercurial tint of amphibians – the pose
of zero, devoid
of interest: only
thus will you and your whole body pass
from realm to realm.
On the shore, among the browned agaves
they will think it is an occupation
of sun in the veins taking place for all to see –
they will smile in fellowship.

put one hand here like a white blindfold, close my eyes,
flood the threshold with blessings, after
passing through
the green gold of the iris
like a queenly bee
and – mote
by mote,
of gold and winnowed wheat –
turning me
into your hive of light

a bee constellation wheels around the linden
with inhuman wisdom, a gyration of minds sticking fast
to the honey tree

while a foregone emptiness heals over
without a trace between flower and flower:

use your mouth, ease the golden
stinger from my heart,
the memory of a flash of light that burnt my human form
in some prehistory

where madmen caress stones as if they were children’s heads:

come closer, like the first
among lost things
and that face rises up from stone to smile again

I have saddled my mount, the disc of the sun
rings out like bronze over the countryside,
inspired
by a magnificent ram

– transhumance, time out of time

a chorus of corollas unfurls at dawn, your flower-eye
cracks open, lets its gaze
settle into the golden vein
of the earth, into the world’s joy at being
alive, trodden
by beasts at pasture, which are living
up to life

I serve the animal that worships the sun

a nightingale was here. it shouldn’t have been here, but it was here. and sang so long. I made my little silent song and he made his. who knows who he was singing for, maybe just for the sweetness of singing. no purpose, no victory. with life living up to his song.

that’s it, sweet Alba, I want life to live up to the song. that’s the trouble and that is the good thing.

I dressed you all up in my song of love
I raised you all up, like March grass piercing through
the winter earth, like the bray of a jenny among the fuller’s
teasels, the yellow wing bar
of birds in the sky. your life
answered. your body
answered
my song. then, it went back within the bounds. but the nightingale, out
of time and out of his warm
African land, here, from the heart of the western winter